﻿
Back to: DPF Emulators 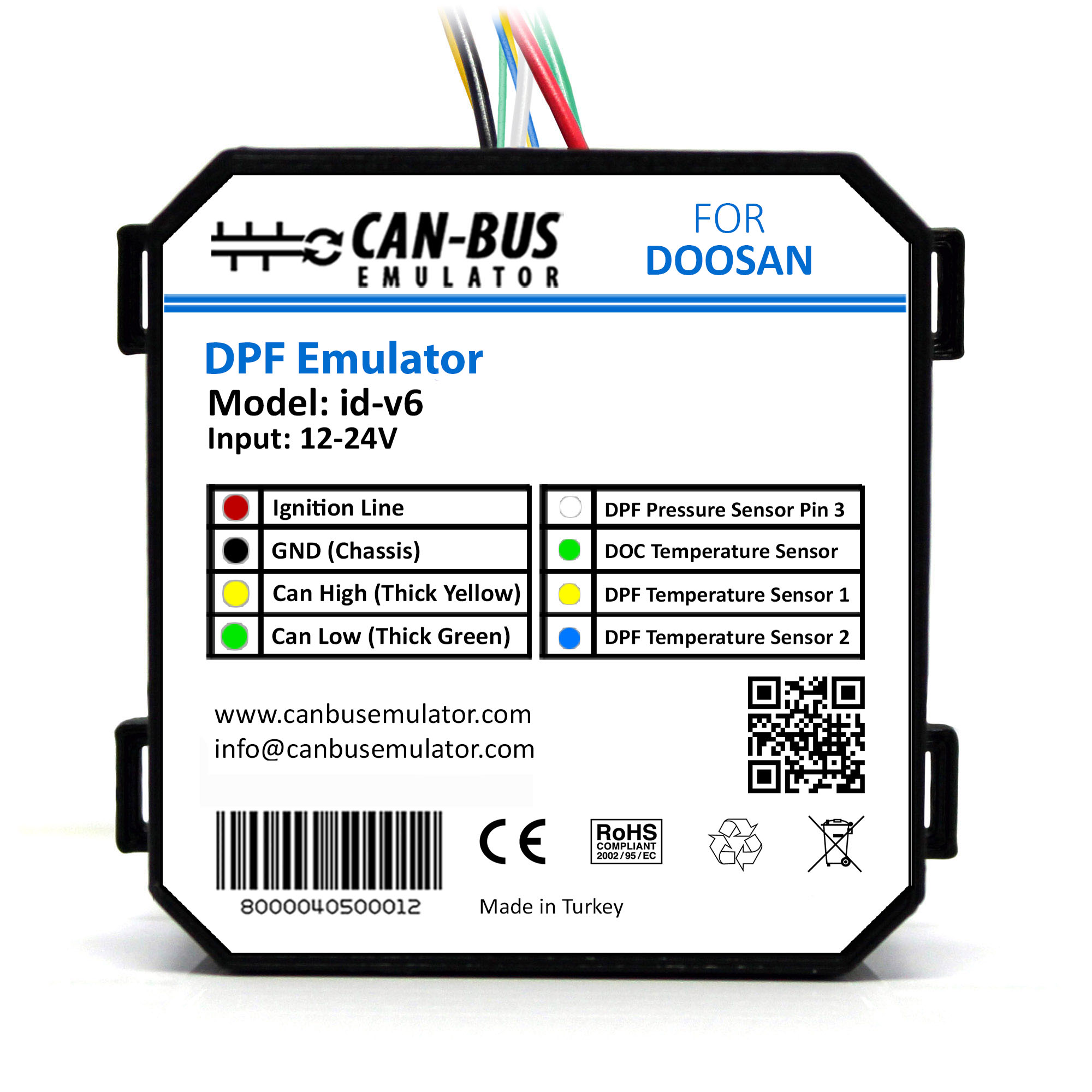 Doosan is a big manufacturer of engines. In this way, it has a variety of forklifts and work machines. There are 2 models in the forklift series that use adblue fluid and not adblue fluid.
It is very easy to troubleshoot the exhaust system in models of Doosan that only have DPF.

Since the Doosan DPF filter has very small porosity, it can become clogged with soot after about 4 hours. As a result of the soot level of the Doosan DPF filter, the vehicle will malfunction and after some time it may become unable to work by limiting the torque. In case of loss of power, the DPF filter should be removed and cleaned by authorized people. This causes you high costs and time loss. It is sufficient to use Doosan DPF emulator for the rooted solution of errors such as DPF error, temperature sensor.

After the process, the DPF screen will appear blank and DPF will stay clean. No warnings or errors will appear on the DPF screen. With the Doosan DPF emulator, you will not receive an exhaust system warning. Doosan temperature sensors, pressure difference sensor and DPF filter errors will not come. Also, the sensors removed after installation may have been recovered.

The Components that simulated with Doosan DPF emulator:

There are yet no reviews for this product.
Doosan DPF Emulator User Manual (PDF) ▼